There’s something magical about writer’s conferences (or at least it seems to inspire magical thinking). We all go in with two secret thoughts: first, that we’ll be the absolute, bottom of the barrel worst writer there. Everyone will confirm what we secretly thought all along, that we are wasting our time, will never amount to anything, and should give up as a lost cause. Second, that somehow we will be the absolute best writer they’ve ever seen, we’ll win every contest (even the ones we didn’t enter) and will walk away with a book deal to rival Stephen King. Our natural abilities will shimmer about us like a writerly aura and immediately every editor there will flock to us, convinced we are the next greatest thing without having read a single word we’ve written.

So that may be overstating things. But in all seriousness every writer has had these thoughts to some degree and probably the experiences to go with them. For me, this past weekend at the Midwest Writers Workshop Writing Conference I got to taste shades of both and surprisingly the most valuable by far was the total shit-storm bad news.

The fun, dreamy part was winning the write off contest. Like getting an acceptance letter, winning a contest (and a check!) is the most affirming thing I can think of as a writer. It was lovely, I felt good about the work I produced, and I tried really hard not to preen, though truth be told I was feeling pretty uppity. But my comeuppance was soon at hand. 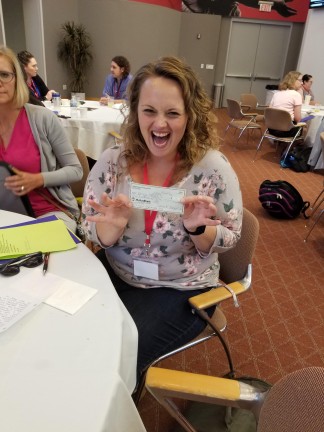 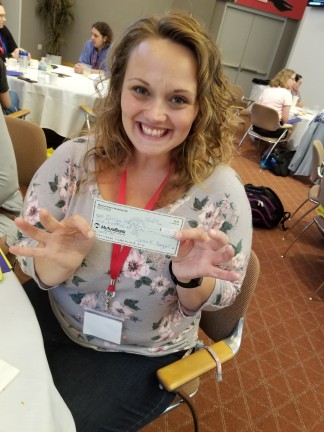 It turns out, I am capable of writing some pretty abject crap. Embarrassingly bad. Hauntingly bad. Wake you up from a dead sleep just to replay the humiliation of it in your head bad. I submitted pages from my (THANKFULLY NOT COMPLETED) manuscript and Oh. My. God. I could die. The grammar mistakes alone are enough to make every English teacher I’ve ever encountered weep. And then there’s just everything else…insipid dialogue, hollow characters, and possibly the worst dialogue tag ever written. Someday I’ll say what it was and it will be funny but it’s too fresh and I’m still too mortified. Moral of the (really bad) story?

It sucks. I worked hard on those pages. I was proud of them simply because they represented me taking myself and my love of writing seriously. But they can’t be salvaged and that’s okay. I can keep the concept. I can keep the themes. I can keep going but I can’t keep going from where I was. And if this isn’t proof of how far I’ve come in the past two years, I don’t know what is.

Two years ago this would have gutted me. Two years I would have said winning the contest was a fluke, the critiques I received were proof that I was a complete idiot and a terrible writer. Two years ago I would have completely given up writing. Deleted this blog. Torn up my pages. Done the electronic version of throwing it all into a fire. Instead this has inspired me because I know for a fact I can do better. I know I can. I have never felt so sure about anything in my life. Did the critiques hurt? Sure, they stung a bit. Like I said, we all have that secret hope that maybe we’re the one writer who gets it 100% right on the first draft.  But like any bee sting the pain was brief (this is assuming you’re not horribly allergic to bees, in which case you can completely disregard this analogy and substitute your own).  That sting of honesty is what’s going to help shape me into a better writer. Bad news? Yes. Good outcome? Absolutely.

*One funny critique I received from my all day intensive was that the children in my story didn’t “sound” like children. She even wrote that they seemed like brats. I, of course, had based the characters around my own children so her assessment of brats was completely valid. But also, “lady, you try raising my kids and see if they sound any better. AND if you say your kid’s never ate hairy fruit snacks out of a car seat you’re either childless, a liar or didn’t even use car seats back then.

View all posts by emilu28

One thought on “Sometimes the Worst News is the Best Outcome”